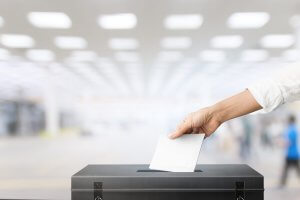 Public transit won big on the ballot this year, with results across the country showing that voters overwhelmingly support transit issues and investments in their communities. Voters approved 15 of 18 local ballot measures supporting public transit in the general election—adding to 32 measures passed earlier this year.

Looking Ahead to a New Congress and a New Administration

Democrats will continue to hold the majority in the U.S. House of Representatives next year. We won’t know which party leads the Senate until after two runoff elections in Georgia, which will be held on January 5. We expect transportation and infrastructure to be part of next year’s congressional agenda, regardless of the outcome of the remaining Senate races.

Congress united across party lines to support public transportation in September when it extended the 2015 Fixing America’s Surface Transportation (FAST) Act for one year. This extension expires in September 2021, and we are in need of a long-term bill that will help transit systems across the country innovate and plan for the future.

All Americans—Democrats and Republicans alike—depend on infrastructure investment. We drive on the same roads, cross the same bridges, and ride the same public transit systems. Public officials have historically united to support public transportation—and we will be calling on lawmakers in 2021 to once again stand up for public transit. Our nation’s future mobility depends on it. Will you join us next year in helping a new Congress and the Biden/Harris administration understand the importance of investing in public transportation?