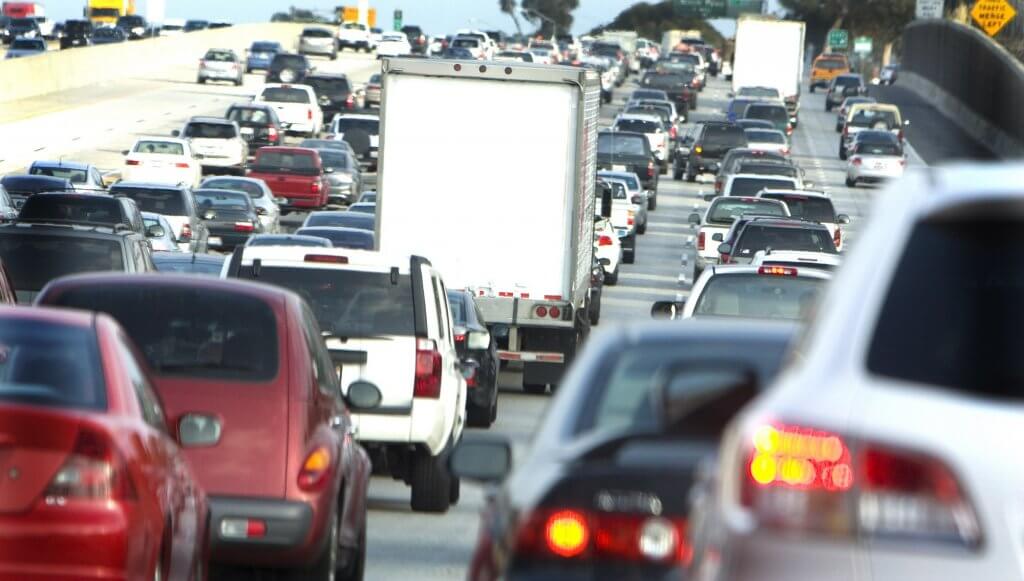 Traffic congestion can be downright terrifying—not just around Halloween, but all year long. And if we lived in a world without public transportation, the scourge of traffic would be even worse.

Even if you don’t ride transit, you benefit because it helps control traffic by lowering the number of cars on the road. Even so, traffic congestion is a huge drain on our nation’s economy.

According to one study, congestion cost the U.S. economy $305 billion in 2017. This figure includes lost worker productivity, wasted fuel, and the increased cost for moving goods through congested areas.

It’s safe to say, in a world without public transportation, the economic impact of traffic would be even more severe.

Here’s another scary fact about traffic congestion: It increases emissions and lowers air quality. In many areas, vehicle emissions are the primary source of air pollution—and more cars stuck in traffic for longer periods of time makes air pollution worse .

A study from the Harvard School of Public Health even links air pollution from traffic congestion to premature death.

Public transit helps fight traffic and the pollution it causes. But in a world without transit, we would have dirtier, more unhealthy air—and more emissions contributing to climate change.

The Horror of Being Stuck in Traffic

It’s fair to say that many people bear traffic jams with good humor. Some commuters enjoy passing the time by listening to podcasts, audio books, or music.

But for many Americans, traffic adds stress. Long commutes—made longer by traffic—are more stressful, according to one study. Researchers also found that driving is more stressful than other forms of transportation.

In a world without transit, millions more Americans would likely be sitting alone in private cars, isolated and stuck in traffic. This isolation and stress undermine public health. On the other hand, transit makes for healthier communities by offering a less stressful form of transportation and by bringing people together.

Congress has the power to help fight traffic congestion and its terrible impacts by investing in public transportation. Will lawmakers help repel the traffic monster that wreaks havoc on American transportation?

Do You Have a Traffic Horror Story?