That’s why Voices for Public Transit is celebrating Pride Month by reflecting on some of the trailblazing figures from the LGBTQ+ community who have helped shape public transportation in America. 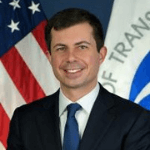 Pete Buttigieg became the first openly gay Cabinet member to be confirmed by the full Senate when President Biden selected him to serve as U.S. Secretary of Transportation in his Cabinet in February of 2021. He has served as Transportation Secretary since. 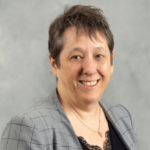 Dawn Distler serves as the CEO of the METRO Regional Transit Authority serving the Akron, Ohio metro area. Distler began her career as a bus operator in the METRO system and eventually headed to Tennessee to make her mark on the public transportation landscape.

Distler played a few role on the leadership team at the Davidson Transit Organization before becoming the Director of Transit at Knoxville Area Transit (KAT). Under her leadership, KAT was awarded the 2017 Outstanding Public Transit System award by the American Public Transportation Association (APTA) and the 2018 APTA Gold Award for Safety.

Distler has been a vocal advocate for equity, diversity, and inclusion in the public transit industry, having spoken about celebrating LGBTQ+ Pride Month on APTA’s podcast, The Transit Authority. Read more. 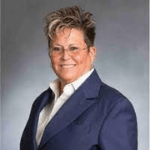 In the late 80s and 90s, Fraser and Goetz were part of a contingent of LGBTQ+ BART employees fighting to win benefits for same-sex partners. As a result of the contingent’s efforts, BART became the second public transit system in the nation to extend benefits to same-sex partners starting in 1994.

Fraser and Goetz have gone on to build solid, successful careers in public transit while continuing to push for greater LGBTQ+ inclusion, both within BART and the larger public transit industry. Read more.

Local public transit agencies from coast to coast are finding their own ways to honor and recognize Pride Month.

From New Jersey to Los Angeles, local public transit agencies are not only honoring Pride Month by making their support of the LGBTQ+ community visible, but also by connecting riders, residents, and visitors to special Pride events in and around their communities.

This June—and all year long—Voices for Public Transit is proud of the many ways that public transportation helps foster a more inclusive, diverse, and accepting society. That’s what it means to Ride with Pride.