From Past to Present: Notable Women in Transportation 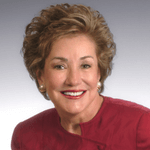 Appointed by President Ronald Reagan in 1983, Elizabeth Dole was the first woman to ever serve as U.S. Secretary of Transportation—and only the eighth in the role since the department began operating in 1967. During her tenure, Dole led several transportation-related safety initiatives, ultimately making transportation safety a national priority for generations to come. Read more. 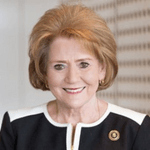 Mary E. Peters was the second woman to serve as of U.S. Secretary of Transportation, holding the position under President George W. Bush’s administration from 2006–2009. Coming from a background with the Federal Highway Administration, Peters advocated for the expansion of toll roads to supplement funding gaps for transportation initiatives such as improved public transit infrastructure at the state and local levels. Over her 20 years in transportation, Peters also worked on a number of safety and congestion-related issues across our nation’s transportation system. Read more.

Charting a New Course for Public Transit in Our Communities 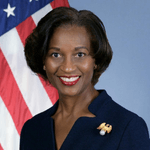 Nuria Fernandez became the 15th Administrator of the Federal Transit Administration in 2021. Fernandez has a long list of accomplishments over her more than 35 years of experience in the transportation field. One of these career highlights includes “the completion of the first Bay Area Rapid Transit (BART) heavy rail service into Silicon Valley” during her time at the Santa Clara Valley Transportation Authority (VTA). This 10-mile BART passenger service line opened for service in June of 2020. Prior to the line’s opening for service in Silicon Valley, Fernandez received federal approval in 2018 for an additional six miles to be added to the line. Upon completion of the additional six miles in 2026, the heavy rail service will be 16 miles total with six stations and will serve tens of thousands of individuals in the Silicon Valley area. Read more. 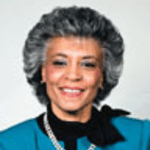 In 1983, Carmen Turner was promoted to general manager of the Washington Metropolitan Area Transit Authority (WMATA), making her the first African American woman to lead a major metropolitan public transit agency. She formerly served as Acting Director of Civil Rights for the U.S. Department of Transportation.
Under her leadership, WMATA was able to expand from covering 42 miles with 47 stations to 73 miles and 63 stations, earning the agency the industry’s top honor—the Outstanding Achievement Award from the American Public Transportation Association (APTA). Carmen’s skill and success at navigating complicated political and funding issues also earned her APTA’s Transit Manager of the Year award the following year. Read more. 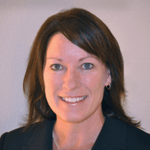 In March 2020, the San Diego Metropolitan Transit System Board of Directors appointed Sharon Cooney as the agency’s next CEO after former CEO Paul Jablonski passed away unexpectedly. In doing so, Cooney became the first woman CEO in the local transit agency’s history.
Over her 15-year career with MTS and prior to her appointment as CEO, Cooney held a range of positions and led a number of initiatives, including “two of San Diego’s largest infrastructure projects ever accomplished, the Trolley Renewal Project ($660 million) and the Mid-Coast Trolley Extension Project ($2.1 billion).” Cooney has outlined increasing transit options, focusing on system expansion and improvements, and moving toward lower-emissions vehicles as some of her priorities. Read more. 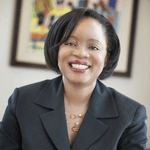 Last spring, Los Angeles Mayor and Metro Board Chair Eric Garcetti announced the appointment of Stephanie Wiggins as CEO of LA Metro. Her appointment made Wiggins the first African American woman, as well as the first woman in general, to head the local public transit agency.
According to Wiggins, her goals include “restoring transit service and helping Metro lead this county out of the pandemic and into a new dawn, where customers come first and equity is at the center of everything we do.” Read more.

Read more about how women have changed the course of America’s transportation history.