Clearing the Air with Public Transit 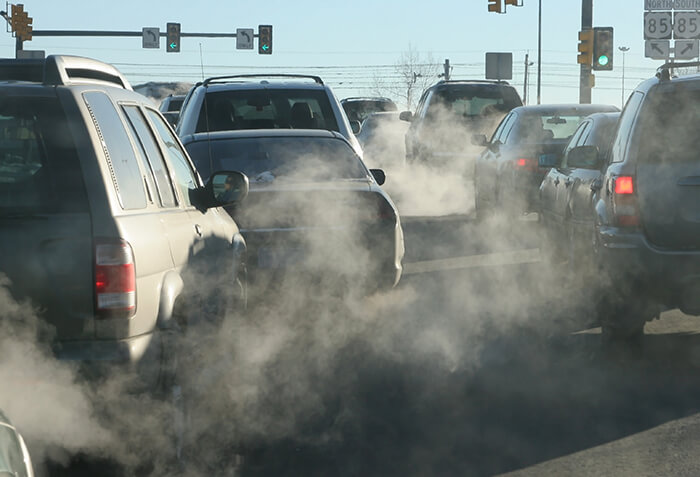 Follow our blog and social media this month—and share with your friends and neighbors—as we explore just how scary things would be if our nation chose not to invest in public transit.

Something in the Air

Don’t like how polluted our air has become? It would be much worse without public transit. Growing banks of smog might loom over our cities like something out of a horror movie.

Transit is also healthier because it’s safer. Per mile, you’re 10 times more likely to be injured traveling by automobile than by public transportation.

Getting Cleaner All the Time

Public transit doesn’t just make our air cleaner by taking cars off the road. It’s also leading the way in the adoption of electric vehicles. Transit systems across the country are investing in zero-emission battery and fuel cell technology.

Cases in point: The California State Transportation Agency is funding 285 zero-emission buses that will operate from San Diego all the way to Redding (about 120 miles south of the Oregon border). Washington, DC, is adding battery-powered buses to its line-up. And New York intends to transition its entire bus fleet to zero-emission vehicles in the coming years.

Electric buses can also be found climbing the mountains around Salt Lake City, Utah; ferrying students on cold days in Worcester, Massachusetts; and bringing spectators out to Churchill Downs for the Kentucky Derby.

Electric buses are making for healthier communities—and a healthier planet.

Do You See Public Transit Making Your Local Community Cleaner and Healthier?